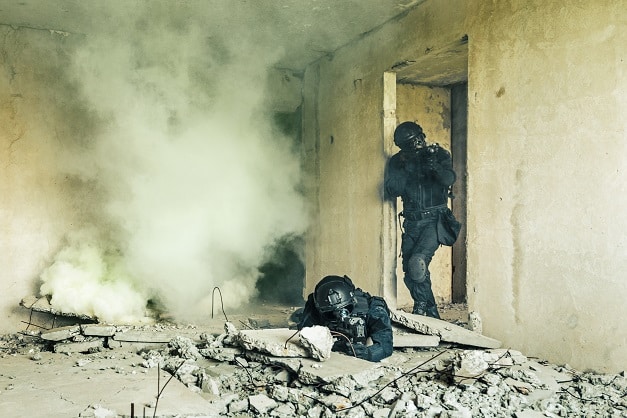 The Pulwama attacks on the 14th of February, 2019 are a black spot in the history of India. This is not the first terrorist attack on the nation and we have witnessed many more dreadful events in the past.

Terrorism is a heinous crime which has been rampant in all parts of the world because of weak legislative and investigative process. There is, of course, a strong political angle to the attacks as well. But whatever is the reason, it is the innocent who has to suffer and the nation suffers a huge loss.

It is high time all the countries come together and wage a war against terrorism. While the usual investigative procedure will continue to be followed, many countries are now resorting to advanced technology such as Artificial Intelligence to combat terrorism.

The news suggests that the Japanese National Police Agency (NPA) is planning to leverage Artificial Intelligence in criminal and anti-terrorism investigations.

The history of past attacks all over the world especially Europe will be used for pattern analysis. The AI will be trained to detect suspicious people and objects in crowded places, identifying doubtful financial transactions, and studying the mechanisms of public transport which are common terrorism targets. AI will also be taught to analyse the characteristics of terrorist behaviour.

No matter how foolproof the security systems of a place are, there are always certain missing links which the terrorists take advantage of. Hence, there is an immediate need to adopt alternative practices to curb future terrorist attacks.

The approach should be four-pronged which must include

The prediction and prevention of the terrorist attacks go hand in hand. The prediction phase of the approach will be based on predictive modelling, artificial intelligence, machine learning and analysis of large data sets. Geographic Information System (GIS) can be used for border management in India because it can detect and forecast infiltration attempts. If the action is taken at the right time, these unpleasant instances can be averted.

Another form of terrorism is online terrorism. There is a lot of extremist terrorist content floating online which is used to fuel terrorist mentality.

The British Government has employed a new tool based on Artificial Intelligence which detects any such malicious content and blocks it for further viewing. The tool uses Machine learning to analyse the audio and visuals of any suspicious video to detect if it can be terrorism propaganda. This tool can be used across any platform and a range of sites in real-time. This is a way of preventing future terror attacks.

The researchers of the University of Maryland have developed the Temporal-Probabilistic rule system which can prevent terrorist attacks of a particular outfit. The model used an algorithm which parsed 770 data points gathered from two decades of the terrorist outfit’s activities. This analysis helped them in understanding the factors determining the frequency of the attacks, pattern of the attacks and the possible geopolitical situations that trigger these attacks.

While advanced analytics can be used to predict and prevent terrorist attacks, it can also be used to respond to terrorist attacks on a real-time basis. There are tools which can be leveraged to alert, and notify the officials during an attack so that they can take immediate steps to save as many lives as possible. The London Metropolitan Police and the Los Angeles Police Department employed cutting-edge data analytics system to identify and collate bits of information so that officers can abort an attack or respond to it more proactively.

What are the databases utilised by Artificial Intelligence do counter terrorism?

Advanced data analytics pattern is applied across government, criminal, intelligence and financial databases to detect any possible indication of an ensuing terrorist activity. Nowadays, young terrorists are also using social media widely for their communication using cryptic messages. Smart use of Social Media Analytics can be used to identify such trends and cut these lines of communication between them.

The use of advanced technologies such as Artificial Intelligence and Machine Learning is not devoid of loopholes. The effectiveness of these technologies depends on a lot of factors. The first factor is the accuracy of data on which the models are built. If the vendors do not act in good faith and provide faulty data, the entire exercise is rendered futile. Furthermore, if the pattern of terrorist attack is completely different or planned by a new outfit, Artificial Intelligence has its limitations there.

It also depends on how well the Government is going to use these tools and models in a global fight against terrorism. Their inclination, financial resources, availability of skilled analysts and their approach towards the entire situation makes a big difference.