Jet Airways (India) Pvt Ltd. was a reputed privately-owned airline in India with an average convoy age of 4.45 years. It flew 63 destinations, domestic and internationally which includes New York (both Newark and JFK), Brussels, Toronto, Hong Kong, London (Heathrow), Singapore, Colombo, Muscat, Kuala Lumpur, Bangkok, Colombo, Dhaka, Kathmandu, Kuwait, Doha, Bahrain, Jeddah, Riyadh, Dubai and Abu Dhabi. Out of the total 4.08 million air passengers, 1.28 million used to be Jet flyers. It was known for its outstanding service and punctuality, and that helped them attract a large number of business travelers. It had the fleet of 97 aircraft – 42 Boeing 737-800, 20 ATR 72-500 aircraft, 12 Airbus 330-200, 11 Boeing 737-700, 10 Boeing 777-300 and 2 Boeing 737-900. The team was growing big and management had plans to start its own pilot training centers and maintenance hangers.

In 1974, Jet Air (Private) Limited was formed by Naresh Goyal, a recipient of several business and leadership awards. Being the founder of the company, he was involved in developing studies of route structures, traffic pattern, operational economics, and flight schedules. Eventually, Jet Air grew as big as it opened 60 branch offices.

After the aviation industry was opened for private players in 1989, Mr. Goyal established Jet Airways (India) Pvt. Ltd. in 1991 and started commercial operations on 5th May 1993. Since the deregulation, 20 airline companies entered the market and Jet Airways was one of the very few survivors.

On 22nd March 2004, Jet Airways and its competitors were free to fly internationally. To finance the new aircraft, Jet borrowed $800 million, and an IPO of 25% of its shares was also in the works. Soon, Jet became the leading Indian player and after buying Air Sahara for Rs. 1,450 crores, it became the only private Indian carrier to fly abroad in 2006.

However, buying Air Sahara meant a considerable drain on the airline’s resources, financially and on the management front as well.

Buying Sahara proved to be the biggest mistake by Jet. The airline company was growing aggressively on the international front, but the local market was extremely competitive. In 2008, the first sign of the trouble became apparent when Goyal did an operational tie-up with Jet Airways’ arch-rival, Kingfisher.

By the end of 2008, the company sacked 1900 cabin crew members. Those members were all probationary and temporary employees, across all departments and categories. The action was an attempt to optimize the cost of business operations.

“The economic viability of the industry has been severely affected by the record high fuel prices and most recently due to the crisis of the financial markets globally and the downturn in traffic,” Jet stated. “Jet Airways expects these severe market conditions to continue.”

Explaining the company’s decision in a press conference, Executive Director Saroj Dutta said, “It is an unfortunate decision, which all of us in the company regrets. A total of 1,900 people are being served separation notice. 800 have already been served notice. In the next few days, the others will also be serving notice. It is an attempt to save the jobs of remaining 11,100 employees. It has nothing to do with the workforce of the companies. These are independent decisions of the two companies.”

Not just the employees, Jet suffered a backlash from the government, regulatory bodies and political parties. Many others also commented on how the change management plan was executed.

Later in a press conference, Naresh Goyal stated “I apologize for all the agony that you went through. I was not there when this decision was taken. I came to know about it later. I have not been able to sleep all night. I apologize for what has happened. I request all of you to start work from tomorrow morning.”

The management said they were forced to downsize to cut down its losses. However, Mr. N Goyal claims that he was not aware of any such decision taken in the company. So, the whole situation created confusion as the earlier statements were contradictory.

The firing and re-hiring had created insecurity among the employees. The primary concern was for airline pilots who were contract employees, which means they could be sacked anytime. In the current situation, the younger pilots career was at stake because of the mass sacking being indicated. The whole thing led to the formation of the NAG, National Aviators Guild. It got registered by the Regional Labour Commissioner on 24th July 2009.

On 31st July 2009, two senior pilots were dismissed from Jet Airways over an email, only stating that their services are terminated with immediate effect. They were both office bearers of NAG. Upon asking the reason, the management said that they were pressurizing pilots into signing the membership form to join the union. The pilots were not given a chance to explain or discuss their side, which led to a strike notice from NAG on 24th August 2009. The strike led to the cancellation of 130 flights and caused considerable losses to Jet.

In further discussions, the management and pilots failed to resolve the issue, and the standstill continued. The pilots’ demand was the reinstatement of the dismissed pilots. By the 4th day of the strike, 700 flights were canceled, causing inconvenience to 28,000 passengers.

On 31st August 2009, Labour Commissioner asked Jet to furnish reasons for sacking the pilots by 7th September 2009, which they failed to comply and fixed the next meeting for 14th September. Later, Goyal referred to pilots as terrorists and that they were holding the country to ransom. He further announced that if need be, he will bring in foreign pilots.

The airline chief said, “I am open to meeting and talking to the pilots. I will be more than happy to meet them. But they cannot harass the passengers. We won’t tolerate such blackmail. The livelihood of more than 30,000 employees of Jet Airways is at stake.

The NAG withdrew the strike on 7th September, but the pilots were unhappy about their demand not being met. To express their disagreement, more than 300 pilots reported sick.

The outcome of it was:

For Jet Airways, the cost of not taking back the two pilots was approximately Rs. 15 crores a day. The negotiations finally ended at the following terms:

By the fourth quarter of the financial year 2017-18, Jet reported massive losses of Rs. 1,045 crores and that only got worse by April-June quarter when the reported losses were Rs. 1,323 crores. The crisis was to the point that the company stated it doesn’t have the capital to operate beyond 60 days.

Following reasons led to the losses:

By November 2018, Jet started taking cost-cutting measures and was looking for potential investors or buyers. Etihad Airways PJSC had a stake of 24% in the company and wanted to increase its investment. However, Goyal was reluctant to lose control of the company, which held back Etihad and other potential investors.

“Mr. Goyal has always wanted to keep control of the airline at any cost. Even in the past when the airline was going through tough times, he turned down deals to protect his position,” says a former senior executive of Jet Airways who didn’t want to be named.

Many experts say that the decision of Naresh Goyal to have a self-headed single management team was a crucial mistake. Jet Airways, being a full-service airline, was a huge company. He should have had two teams handling budget flyer and full-service carrier respectively.

The founder and chairman of the Jet, Goyal has also been accused of making bad investment decisions, and that affected the company’s financial health majorly. The operational cost of the airline was higher than the others, and it kept on accruing debts.

“From an average of Rs 75-80 per kg, the latest freight rates are over Rs 100/kg. As a result, exporters are unable to fulfill their volume and price commitments with their customers,” the daily quoted Kaushal Khakhar, CEO of Kay Bee Exports, as saying.

To save thousands of jobs, the government has asked state banks to rescue Jet Airways without pushing it into bankruptcy. However, the airline is not a viable option as govt. already has Air India to deal with. The latter has losses of more than Rs. 40,000 crores.

Well, what government should be doing is focus on encouraging and providing avenues for civil aviation to expand. This will lead to competing airlines needing newer employees to support their expansion plans, and ultimately ex-Jet employees getting jobs back.

If you are interested in the reading case study, please click here: FINANCIAL MODELING CERTIFICATION CONCEPT: UNDERSTANDING THE REVENUE MODEL OF A MULTIPLEX 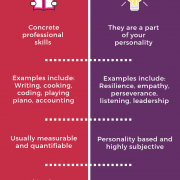 What is the difference between Hard Skills and Soft Skills.

How to Ask for Job Search Help

What are the disadvantages of AI?

A Game Of Pawn – How To Take Charge Of Your Career And Leave Nothing To...