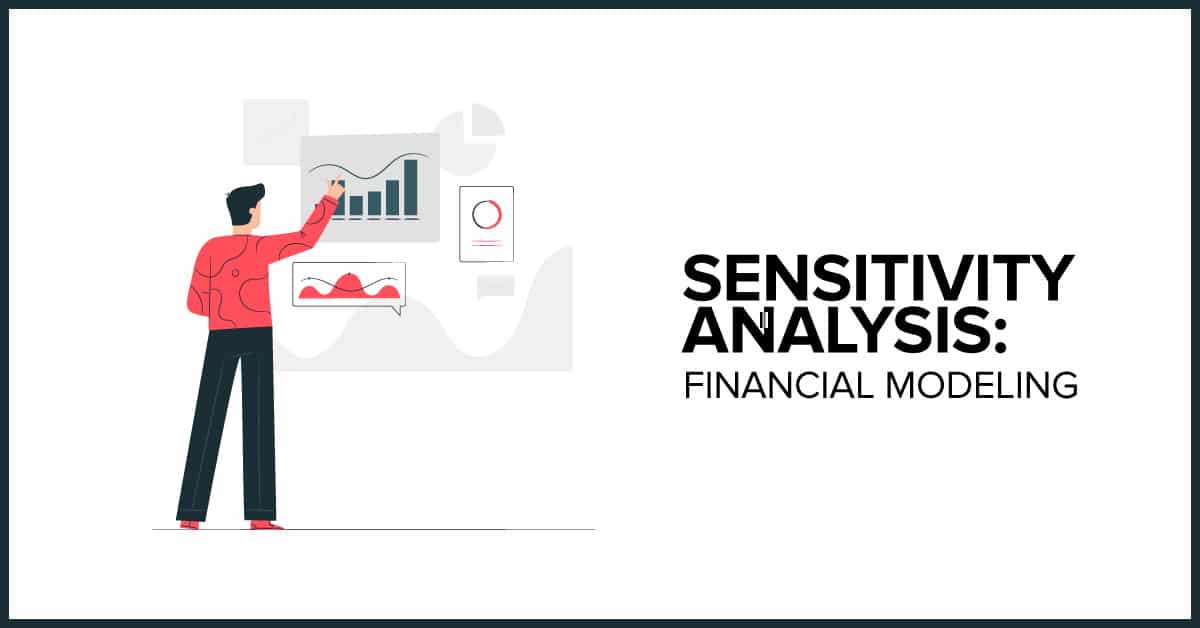 Suppose it’s your first day to office or college and you are new to the area. You ask your friend for the exact way to get there along with the estimated time. You follow his directions but reach your destination one hour late!! Oops!! What happened? The bus got 20 minutes late, the road to your office/college was dug up so you had to follow a longer route, and lastly your footwear tore off so you had to spend 10 more minutes at the cobbler’s shop!! Life is so full of possibilities isn’t it?

The field of financial modelling is also a lot like life. There are numerous possibilities and a good model is the one whose sensitivity can be stress-tested against all these.

What is Sensitivity Analysis?

Technically, Sensitivity Analysis is the practice that is used to depict the way changes in certain independent variables impact the dependent variables of the financial model, under a fixed set of assumptions. Sensitivity analysis is performed with the help of Data table in excel. There are other options also such as Goal Seek and Scenario Manager, however for this post we will limit our discussion to Data Table.

Let us take a small example and see how we perform Sensitivity Analysis on a two-variable Data table. For two-variable data table we require two possible ranges of input for analyzing a given output.

Let us take example of a company ABC, for which we have done a simple calculation for Gross Profit. In this case, we will study the impact of annual revenue growth and COGS as a % of revenue on the Gross-Profit. Which means we will judge the sensitivity of the Gross-Profit based on the other two variables.

So, we see that through Sensitivity Analysis, we judge the impact of two independent variables on a dependent variable. Conclusion of this analysis is that more the variation an output value shows for a particular combination of variables, the more is its dependency on those variables which means its sensitivity quotient is high at that level.

Many a times, sensitivity analysis is confused with scenario analysis. While both of these terms have similar connotation, there are basic difference at the principle level. While sensitivity analysis studies responsiveness between two or more variables, scenario analysis, on the other hand, studies changes due to a certain scenario. The scenarios in question can be changes in industry regulations, fluctuations in the interest rate, economic boom and bust phase etc. Under most of these circumstances, the outcome is measured under three possible scenarios: Optimistic, Pessimistic and Realistic. The situation can also be judged by assigning probabilities and drawing correlations.

A financial model is incomplete without Sensitivity Analysis

Sound analysis is one which focuses on the holistic picture rather than an isolated case. It should not just depend on an output. Sensitivity analysis ensures that a model is stress-tested against most of the possibilities. In fact it won’t be wrong to say that a financial model is absolutely incomplete without a Sensitivity Analysis.