Let’s see how University of Cambridge study combined social media and transport data to gauge the probabilities of success or failure rates of a retail business.

University of Cambridge study had researchers collect information from ten different cities around the world to conduct the survey. Their unique model predicts up to 80% accuracy whether new startups can grow or perish over six months.

The study, headed by Krittika D’Silva, lead author, Gates Scholar and a PhD student at Cambridge’s Department of Computer Science & Technology, aims at retail startups. That’s because, new retail businesses have always been riskier than any other form of startups. It can be useful for both urban planners and entrepreneurs, for analyzing business location or various areas for investment.

A peculiar wave of transformation engulfed our high streets as more and more new businesses are tanking due to various reasons.

Krittika and her colleagues have used over 74 million check-ins across Jakarta, Chicago, Singapore, New York, Los Angeles, London, Helsinki, and Paris, to name a few.

How did it work?

The data collected is classified on the basis of venues and as per the properties of places they are located. Other factors like customer visit patterns during the day and popularity of the neighborhood has also been considered.

Supporting her study, D’Silva said, “We wanted to better understand the predictive power that metrics about a place at a certain point in time.”

What are the findings?

The University of Cambridge study team concluded that even without having sufficient information about the uncontrollable factors, they were still able to devise the model. They could still make use of features like mobility, GPS location, and venue among others to predict the survival rate of a business.

It has been found that popular venues across select cities are more likely to succeed. Besides, famous locations outside the neighborhood tend to have higher survival rate. Whereas, venues in other neighborhoods lined with multiple businesses tend to survive even longer.

The metrics used for the prediction varied from city to city, which means each factor affected differently. The ten cities used in the research, not only shared certain similarities but also had researchers consider their differences.

Life for instance, the speed of traveling to a venue can be a significant parameter in New York and Tokyo. However, it would relate to the speed of transportation as well as traffic rates in those cities.

The researchers tested the predictive power of the model by first analyzing if a certain venue had closed within the specified time.

They then had drilling sessions for the model on subset of venues so that the venues were tested on various parameters. That is, the first time window and whether the venue was open or closed in a second time window. The model was then tested and trained on another data subset to check its accuracy.

Conclusion
The model thus created highlights the importance of static features and human movements throughout the neighborhood, anytime of the day. The University of Cambridge study is now considering how those features can differ across various neighborhoods so as to improve model accuracy. 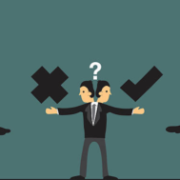 Work Ethics – Tips to Avoid Conflicts at Your Workplace 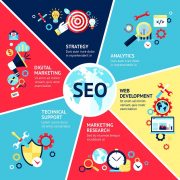 8 Ways to Building your Personal Brand on Social Media

Tricky Interview Questions: 4 Sly Responses No One Told You About!