The most primitive form of the Blockchain was the Merkle tree which was a data structure patented by Ralph Merkle in the year 1979. It was used to verify and handle data between computer systems. In 1991, the use of Merkle tree was further reformed to create a series of protected blocks by connecting a chain of data records in such a way that the latest record in the series would contain the past record of the entire chain. And hence, “Blockchain” was created. Later in 2008, a person or group of people identified by the pseudonym “Satoshi Nakamato”, invented the distributed Blockchain that would contain a secure history of data exchanges, use the peer-to-peer network for time stamp and verification of each exchange. Another striking feature of distributed Blockchain is that it can be managed autonomously without a central authority.

If you ask the question “What is Blockchain?” to the general public, trust me, very few will be able to answer it in a satisfactory way. Also, don’t be surprised if you end up with answers like – “I think it’s a company” or “I believe it’s an app”. Never mind, the real answer is that it is an entirely new way to document data on the internet. In simplest of terms, a Blockchain is a time-stamped series of irreversible record of data that is managed by a group of computers and each block of data are secured and connected to each other using cryptographic principles.

Blockchain technology can be utilized to develop social networks apps, gaming apps, storage platforms, market prediction models and much more. In a way, it is an upgraded version of the internet and that is why some of the experts also call it “The Internet 3.0”.

So, now let us dive in a little deeper to understand how exactly Blockchain works and to do that we first need to understand the concept of “keys”. There are pairs of cryptographic keys that give you a unique identity – private key and public key, and they combine together to give your digital signature. The public key is available to others so that they can identify you. On the other hand, the private key grants you the power to authorize different actions in the capacity of the digital identity. The public key is analogous to your bank account number, while the private key is similar to your authorizing signature. However, a public key does not reveal your real identity because your public key is just a set of a random sequence of letters and numbers.

In the parlance of cryptocurrency, the public key represents your wallet address and the private key is used to authorize actions such as withdrawals, transfers, etc. So, it is very important that you keep your private key safe because whoever has your private key will be able to access all the digital assets linked to your public key.

Now, let us assume a transaction to understand the Blockchain process better – say, John is sending Nemo 2 Bitcoins. The transaction will include Nemo’s public key and will be digitally signed by using John’s public key and private key. Once the transaction has been completed, it will get added to the online ledger of Blockchain that John sent Nemo 2 Bitcoins, along with a timestamp and a unique ID number. Please note that each transaction in that ledger will be connected to its previous transactions and will have the same data: a public key, a digital signature, a timestamp, and a unique ID.

Now, let us have a look at the three main pillars of the Blockchain technology which has helped it in gaining such widespread acclaim:

Decentralization: A decentralized system refers to a storage system where the information is not stored by one single entity, rather everyone in the network owns the information. So, it makes tampering a very difficult task because unless you are able to track down every single location you will not be able to change it.

Transparency: As already mentioned that a person’s real identity is secured, but the transactions done by a public address can be seen. This kind of transparency in a financial system will add that extra level of accountability which is required in the current world.

Immutability: In Blockchain, immutability means that once a transaction has been captured in the Blockchain, it cannot be altered owing to the cryptographic hash function used in the process. The hash function works in such a way that it takes an input string of any length and gives an output of a fixed length.

Based on the above discussion, it can be said that Blockchain technology has a very steep learning curve, especially for people without a technical background. In fact, it may be so intimidating that it may scare away some of the intended future users. Nevertheless, it is gaining popularity and moving into the mainstream on the back of cryptocurrency. So, it is truly undeniable that Blockchain technology is the future and it will be better for us if we can grasp the concept soon.Read more: https://www.proschoolonline.com/blog/artificial-intelligence-use-cases 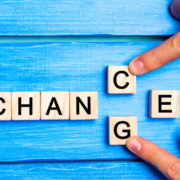 How to prepare yourself for a change? which methods to apply?

The Ultimate Guide to Become a Pro at Business Meetings & Discussions

How to Ask for Job Search Help