What is commercial banking?

When we walk into the bank, what’s the scene that we usually see? Customers depositing cash, withdrawing cash, bank officers solving various queries, Cheque clearance etc. But is that all? No. What we are talking about here is Retail Banking, but banking operations extend beyond these tasks. Apart from Retail Banking, there also exists Corporate Banking. Both these segments together form Commercial Banking. Thus, commercial bank is defined as an institution which accepts deposits and disburses loan to individuals, organisations as well as businesses. They serve as the backbone of the entire economy because no industry can operate without funds, and commercial banks successfully portray the role of the middleman between lenders and the seekers. 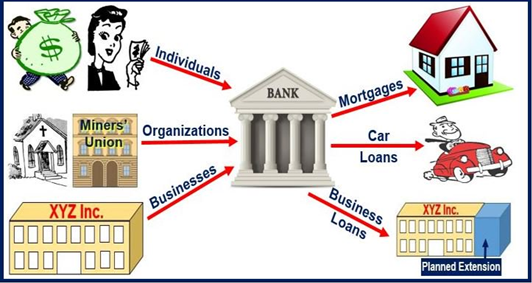 These two are the primary services of a commercial bank. Taking in deposits is a liability for a bank, so these come under the “Liabilities” division, while lending a loan is an asset and comes under the “Assets” division. Banks have several other products within these two broad headings of assets and liabilities. A commercial bank’s suite of products include but is not limited to:

A typical balance sheet of a bank looks like: 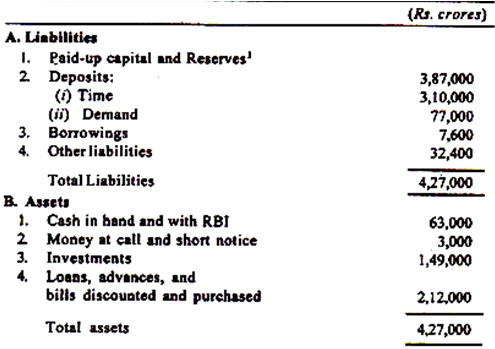 As we mentioned, one of the most important function of the Commercial Banks is to accept deposits. The bank typically accepts deposits in 3 forms- (a) Current Account (b) Savings Accounts and (c) Fixed or Term deposits. A current account is a type of deposit account that is meant for professionals, traders, SMEs and businessmen alike. Dealing largely with liquid On the other hand, savings bank account refer to cash deposits by individuals which offers a nominal interest rate. Like current account, these deposits are also liquid in nature. The third kind of deposit is Fixed Deposit.

A fixed deposit account is an investment account wherein money is deposited for a stipulated period of time, which ranges from few days to years, and a fixed interest rate is paid at the end of that period. Indians still park their savings in fixed deposit accounts, despite high tax rates, due to the inherent safety associated with these deposits.

It is mandatory for commercial banks have to keep a certain portion of their deposits as legal reserves. The balance is used to make loans to the borrowers. Individuals and firms can borrow this money for various purposes such as home, vehicle, education, personal needs, working capital for businesses and banks make profits by charging interest on these loans. The various types of loans that Commercial banks make are:

Role in the economy

Commercial banks play a great role in the economy. The entire cycle of deposits and lending forms the nucleus of capital formation cycle. The more the savings of individuals and companies that are channelized through banks, the more available resources the bank has for lending to the economy.

Strong growth in savings amid rising disposable income levels are two of the major factors leading to the deposit growth. During FY06–16, deposits grew at a CAGR of 11.47% and reached $1.46 trillion in FY16. 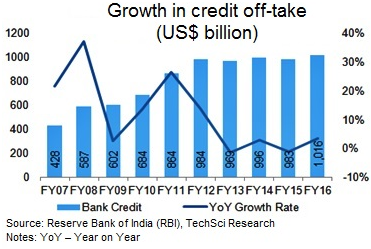 Because of high deposit growth, credit off-take has been growing. Due to easier access to credit, the economy has been on a growth trajectory. In March FY16, total credit extended surged to US$ 1,016 billion. Both corporate and retail loans have recorded a growth in demand; mainly the services, real estate, consumer durables and agriculture allied sectors. 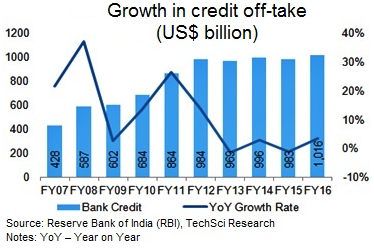 The Indian economy is on the cusp of a major growth due various policies and developments in the recent past. It is likely that increased spending on infrastructure, prompt implementation of projects and a series of reforms will drive growth further. It is quite evident that these rapidly growing businesses will turn to banks for their mounting credit needs and this will lead to a robust growth in the banking sector of the country.

Set your Author Custom HTML Tab Content on your Profile page
What is Equity Research?

What is Credit Analysis?
Scroll to top