Big Data & Smart City? Have you ever wondered if analytics and big data both can be useful in planning, managing, and transforming our cities into smart city?

Consumers these days are presenting the market with a lot of data. You click on a certain page, Google tracks your choices and likes, and presents relevant advertisements to you. We’re already harnessing the benefit of Business Analytics, through our mobile phones, which guide us to detect traffic areas. On top, Internet of Things (IoT) is the icing on the cake which is reducing manual intervention by connecting machines and boosting faster decisions.

So, how does big data create a revolution in building a smart city? Let’s explore how with the help of some real-life examples of cities who have greatly benefited from it.

In the Vietnamese city of Da Nang, sensors help keep track of the water’s quality: its salinity, pH, etc., giving notification alerts in case there has been an unusual change. This eliminates the need to collect information manually and test the water quality, which would be a time-consuming process.

Big data can play an extremely important role in transport management, which is a major problem faced by all major cities across the world. Information on public buses and other modes of transport on your mobile phone. You might have sensors attached to cars which will indicate nearest parking lots.

For example, the Vietnamese city of Da Nang has teamed up with IBM, to ensure that economic development does not come at the price of the environment. The plan is to manage the traffic congestion with the help of sensors embedded on the roads and public transport, which can help them make the best out of available resources.

Tracking illegal factories, or those releasing a heavy and unacceptable amount of toxic substance can become easier.

For example, currently, Beijing is facing a problem of acute air pollution. IBM has teamed with the Government for its project called ‘Green Horizon’ to combat this problem. Big data can be helpful to identify the sources of pollution, its quantity; which will be of great help to tackle the issue. It can also be used to predict the occurrences of smog. By enhancing the information available and forecasting abilities, finding a solution will become much easier.

An example can be: garbage bins might be placed with sensors that will be connected with garbage disposal centres. Perhaps, garbage cans might come with a feature that indicates when a garbage can have become full, which will, in turn, notify the trash can collectors, who can then predict and decide which route to focus and map their path. (Source: http://www.wired.com/2014/05/how-the-internet-of-garbage-cans-will-remake-our-future-cities/)

Devices will help you to track high danger zones, make it easier for civilians to report crimes to security agencies. Resolving citizen’s queries has become much easier since information is available at the tips of these agencies.

Let’s take an example of Toronto, a smart city.

It has now teamed up with a Chicago based firm “CityZenith’, which is helping the city process raw data available into useful insights. This move has been made to make data available easily to the government to take appropriate steps for infrastructure, transportation, etc. (Source: http://www.itbusiness.ca/news/toronto-one-of-10-smart-cities-to-launch-iot-partnership/61549)

Other than above, big data can help in Infrastructure Planning, Health Monitoring, Education Planning, etc.

After a couple of years, the term ‘Smart City’, will become quite a common phenomenon. India too has been planning building a smart city, with the help of data analytics and business intelligence. 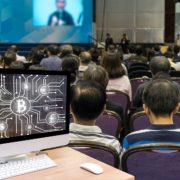 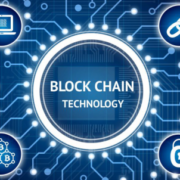 Top 6 Trends in the Financial Services Industry in India

6 applications of business analytics with examples

What is data analytics? - all you need to know

What is business analytics? - all you need to know

Entrepreneurs, here’s how Big Data can benefit your business

Why Accounting is Important for Businesses?
Scroll to top